A mental health respite home in Menheniot has been saved from the brink of closure following an intervention from Lib Dem councillors. Oakleigh House (also known as Sanctuary House) was told last November that its funding was being ended, but now Cornwall Council and NHS Kernow have agreed a long extension to the contract. 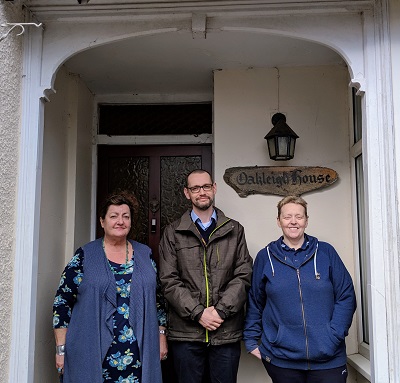 Colin Martin was the first person to raise concerns about the closure. "As Vice Chair of Cornwall Council’s Health Scrutiny Committee, I received an email from the commissioners telling me that the decision to close Oakleigh house had already been made. But the service described in the email sounded nothing like the fantastic, life-changing place my wife visited ten years ago.”

Colin challenged the decision and was able to persuade the commissioners to pause the closure for three months and bring their decision to the scrutiny committee on March 13th.

“It was obvious that the commissioners didn’t have the full picture” says Colin. "We heard many stories of Oakleigh House saving people’s lives. The whole committee did a great job of challenging the lack of evidence behind the decision to close it.”

I proposed that the commissioners should have three weeks to come back with a plan to restart the process.

Yesterday (Wednesday 3rd April) we were informed that Oakleigh House would now be given a much longer extension to its contract, securing the future of the project for years to come.

“This is fantastic news” says Colin. “I’m glad that the commissioners have accepted the concerns I raised about the process leading up to their previous decision. It’s great to know that they will now be working positively with the brilliant team at Oakleigh House to gain a better understanding of what they do. Most of all, I am relieved that the cloud of uncertainty has been lifted from staff and guests.”