I am deeply disappointed that Cornwall Council has decided to spend over ten million pounds of public money on expanding Newquay Airport into a Spaceport. I was one of 34 councillors who voted against this move. Meanwhile Steve Double, the Conservative Parliamentary candidate for St Austell and Newquay spoke to his party members before the meeting, urging them to vote for the plan. 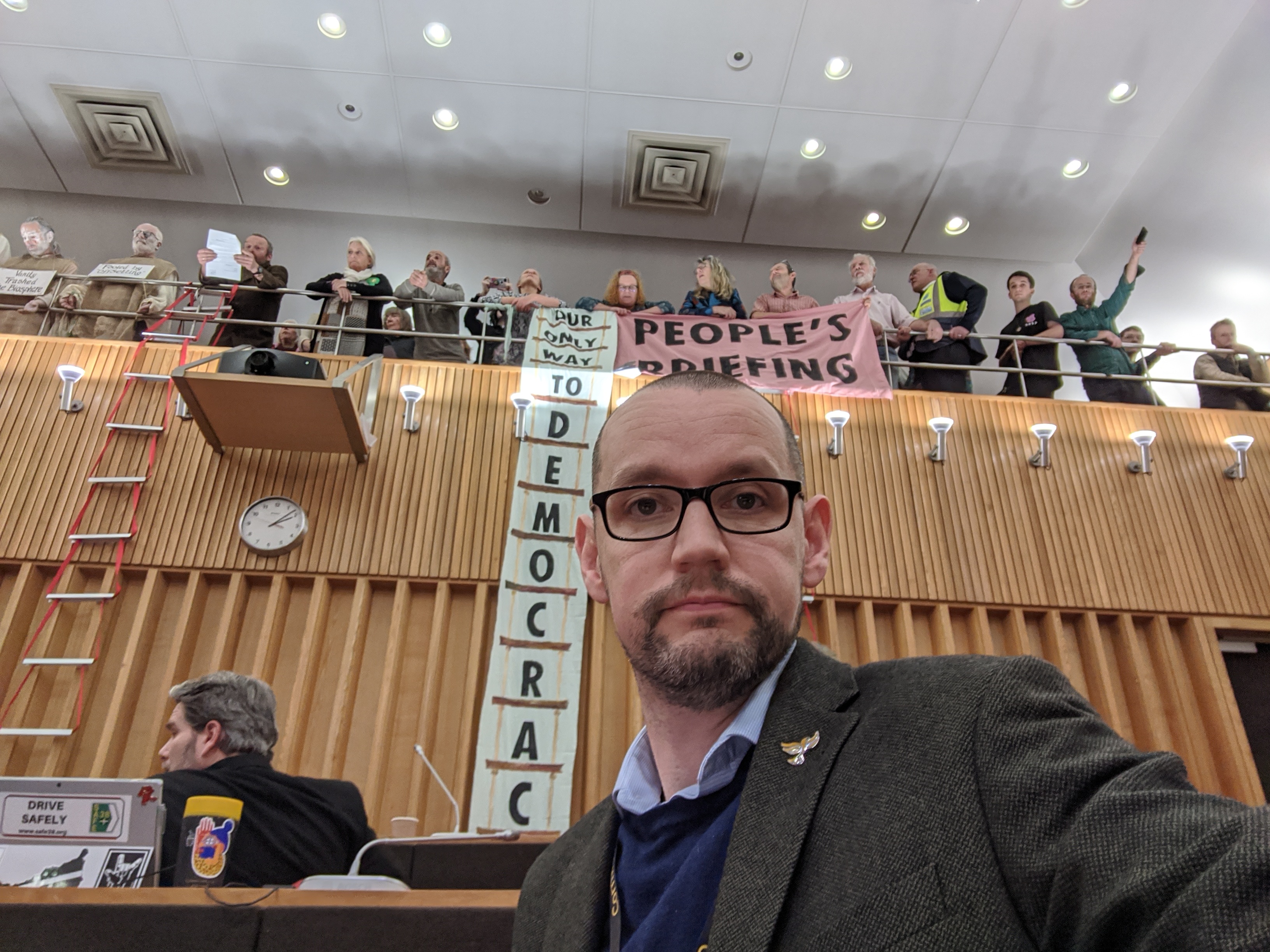 I am all in favour of creating new high-tech job opportunities, and I understand the argument that if we don't launch UK-made satellites here, they will probably end up being flown to launch sites in other countries. I also understand that the emissions from ground operations and launch flights will be offset by other carbon-reduction measures.

However, I think this decision is more than just a calculation on a spreadsheet. It is a powerful symbol of where we see the future of our economy in Cornwall. I would much rather see this money being spent on reducing carbon emissions. Ten million pounds could pay for the installation of thousands of electric vehicle charging points, or the reopening of the Luxulyan Valley hydroelectric scheme, or thousands of solar panels, or dozens of wind turbines, or a combination of all the above.

Whilst the spaceport may not directly produce a large amount of greenhouse gases, it sends a signal to the public that we can continue with business as usual. This is an emergency! We need everyone to make serious changes in their lives now.

There is a silver lining to this cloud:

Later in the day, when the Extinction Rebellion protesters had gone home, the Council also approved a four million pound pilot project to insulate 83 older council homes, reducing their carbon emissions by up to 90%. This will have a positive impact on the climate far larger than the spaceport. It will also lead to a further plan to insulate 10,000 council-owned homes by 2025, subject to funding from central Government.