The cost of uncertainty

Once again as I sit down to write this column for the Cornish Times on a Tuesday, I have no idea which way the Brexit negotiations will have unfolded by Friday. We may have crashed out of the EU without a deal, the Government may have reached an agreement with Jeremy Corbyn, or Parliament may have cancelled Brexit altogether. I’m hoping that the public will get the final say. 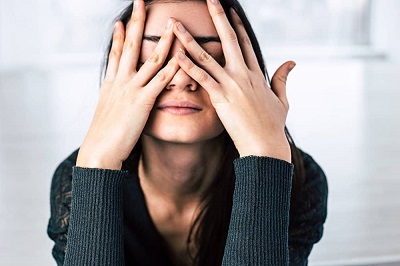 Research has shown that uncertainty is bad for our mental and physical health, especially when we have no power to control the outcomes. That’s why it’s so important for big decisions to be made in an orderly fashion.

A few months ago, guests at Oakleigh House in Menheniot were unexpectedly told that they would no longer be able to visit for respite breaks as the service was being decommissioned (https://www.colinmartin.org/oakleigh_house_saved_from_closure). They turned to me as a member of Cornwall Council’s Health Scrutiny Committee and I was able to change the process. I lobbied other councillors to get support for my point of view, then worked with them to get the best possible outcome: Staff and guests at Oakleigh House now have the certainty that they will be open for at least two more years, and any future decision to close the service will come with a twelve month notice period to ensure a smooth transition. But whilst I am proud to have played a role in stopping the closure, real harm has been done. Dozens of service users have experienced weeks of anxiety and upset, and two long-standing members of staff have left the team to take up new jobs elsewhere.

Whatever has happened with Brexit by the time you read this, the damage done by three years of uncertainty has been enormous. Businesses have delayed investing in new equipment, individuals and companies have missed out on contracts working for European companies, and thousands of EU citizens living in the UK have packed up and left the country. Even those who remain have experienced years of anxiety, not knowing whether they will be kicked out later.

It’s no secret that the Liberal Democrats’ opposition to Brexit was initially unpopular in South East Cornwall. At the 2017 General Election around 80% of voters locally and nationally chose Labour and Conservative candidates who promised to deliver an orderly departure from the EU. This result was repeated nationwide.

Frankly, if they had worked together and delivered what they promised, I would have accepted defeat and moved on to the next issue. But instead of cooperating and compromising to get the best deal that was realistically achievable, they have made impossible demands and put party politics ahead of the national interest. Two years later we are stuck in limbo; we still haven’t left the EU and Parliament has no energy left to think about anything else.

It’s bad enough that Brexit hasn’t lived up to all the promises. What’s worse is that the Government has failed to deal with crucial issues such as funding for Adult Social Care, resolving the housing crisis or tackling the Climate Change Emergency. That’s why more and more people in Cornwall and across the country are calling for a chance to scrap Brexit, kick out the MPs who have wasted the past two years arguing about it, and change the unfair voting system that put them there in the first place.